You’ve probably done your fair share of dating and gone through a handful of relationships. Do you remember the last guy you met?

You might have felt that great sense of elation from meeting someone new. The novelty of a fresh connection (and the chemistry that goes with it) is enough to inject anyone with a newfound sense of excitement. 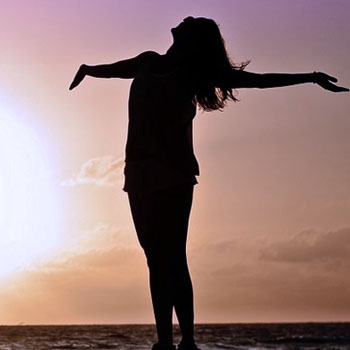 Let’s admit it – we ALL chase after that feeling.

But our expectations don’t always align with reality. Every now and then, the fireworks fizzle out after realizing the other person isn’t all they’re cracked to be.

When things don’t turn out the way we want, it can be a blow to our pride. It hurts especially when we feel rejected by someone we care about.

That’s just how it goes – someone’s bound to get hurt when there are emotional stakes involved. You might have hemmed and hawed over how things ended and blamed yourself on some level.

Look, both people have their own part to play in the relationship. So whatever the outcome is, you have a shared responsibility with the other person.

That’s what I wanted to get into today, which is taking a closer look at your role in a relationship.

During my experience with helping women, I’ve noticed common habits among a lot of my subscribers. Unfortunately, some of these habits have put a wedge between those women and the men in their lives. 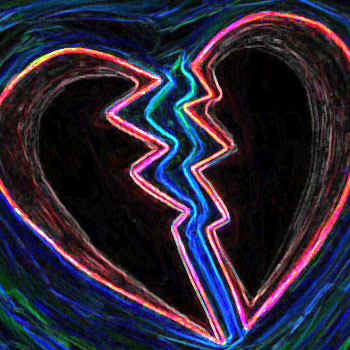 So, I’d like to show you the top 5 behaviors that drive men away.

Knowledge is power. The more you know, the better you can prevent bigger issues down the road…

Bad Relationship Habit #1: Being Too Distracted

A lot of the women I’ve helped get too ahead of themselves INSTEAD of focusing on the present.

Like I’ve said, meeting a new guy is pretty exciting stuff. The problem is when some women get carried away playing fortune teller in their relationships.

Don’t get me wrong – looking forward to future experiences with your guy is perfectly fine.

In fact, having a clear idea of what you want to happen in a relationship is the best way to manifest them into reality.

But it is wise to keep a part of yourself grounded in reality. Emotionally speaking, you could end up moving a little too fast than your guy is comfortable with. 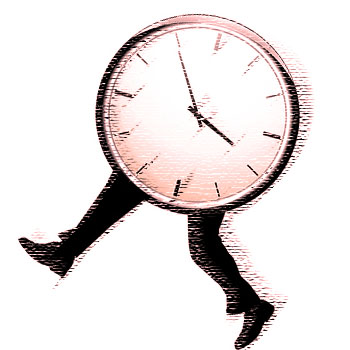 Guys can sense that “intense” vibe from their partner, which can make them hesitant to go “all in”. So while you’re thinking about those milestones-to-be, just remember to have one foot firmly planted in The Now.

Otherwise, you could be stacking up those expectations too fast, too soon.

Bad Relationship Habit #2: Always asking him “Am I good enough?”

Now, I don’t mean this in the literal sense. It has more to do with acting in a certain way that puts a guy on edge.

When a relationship’s just started out (or isn’t quite official yet), you might feel that sense of dread from not knowing where you truly stand with a guy.

It’s reasonable to feel that way when you’re having those are-we-or-aren’t-we thoughts. It can drive any person into conniptions. 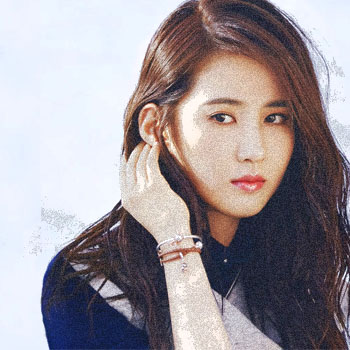 But forcing a guy to give you the straight dope is like shaking a bottle of soda.

He’ll just feel rattled, PLUS the situation will blow up in your face.

Constant questions about where things are headed – or your future as a couple – tend to put men in a defensive state.

Almost all of the guys I’ve talked to have gone through one of these discussions with their woman. Let me tell you, this is something that we universally dread.

It’s not that we don’t feel that same tension. However, we will stonewall if we feel like we’re being pushed into a corner.

That’s just how we are.

We would rather let things play out and cross the bridge when we get there. Whether he’s the committing type or not, no amount of coercion will change who he is.

There’s no avoiding that fear, but you can keep it down to manageable levels. Just keep enjoying your time with him and stay focused on the present (see habit #1).

In time, those feelings of neediness will go away on their own. The less he feels that you’re trying to “lock him down”, the more he’ll want to open up his heart to you.

As with the second habit, acting out of FEAR can lead to bad decisions in the relationship. I’ve met a lot of women who try too hard to figure out what their guy’s about, and it can lead to disastrous results.

Hey, I understand that you want to be sure you’re not just another one of his conquests.

It’s just that I don’t want you to get overzealous with playing detective with your man. Like I said before, guys quickly catch on to that intense vibe. 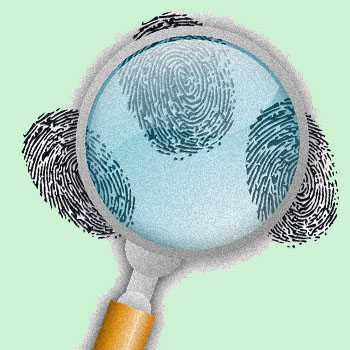 Believe me, no man wants to feel like he’s under surveillance. The best way to avoid that is resisting the urge to analyze his every word or action.

Easier said than done, I know. But think of it this way: acknowledging your fears is one thing – LETTING IT guide you down a destructive path is another.

No matter what happens, you’re plenty good for your partner. Whether or not he realizes that is his problem, not yours.

So why not relax into the relationship instead of trying to control circumstances beyond your reach? In my experience, having a healthy amount of detachment to the outcome is one of the most attractive qualities you can have.

Bad Relationship Habit #4: Trying to move things along TOO quickly

As you can tell so far, I’m not a big fan of artificially inducing the results you want. When it comes to relationships, ORGANIC is the only way to go.

The cake won’t rise faster if you keep opening the oven and poking it every five minutes to see if it’s done. Or by turning up the temperature. 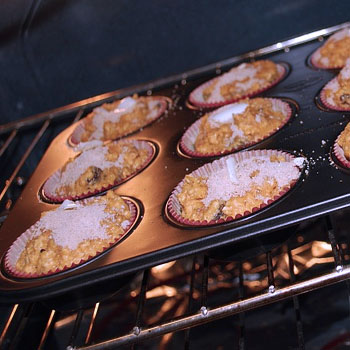 You get my drift?

I know that finding the person feels like catching a unicorn sometimes. But you wouldn’t want this wonderful creature to slip away because you did something rash, would you?

For instance, some women I’ve helped fall into the trap of assuming that they’re official even though their guy hasn’t acknowledged it yet.

They end up issuing a “press release” (e.g. on social media), and it throws a wrench into the whole thing.

This is why it’s important to make sure you’re on the same page with your guy. Making big leaps such like this without keeping him in the loop could set you back in a big way.

I’m not trying to take away anything from that spark you feel with him. I’m just saying that a little due diligence is always good before coming out to the world as a couple.

While you’re at it, make sure you’re official before moving into his territory. Remember that movie “How to Lose a Guy in 10 Days”?

Matthew McConaughey’s character freaked out when the chick he barely knew (played by Kate Hudson) “marked her territory” without telling him in advance. To his horror, he came home to find his bathroom chock-full of her “girly stuff.” 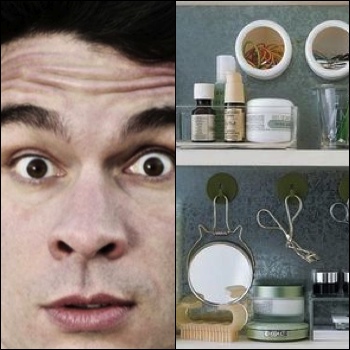 (She did it on purpose as a sort of social experiment, but you get the point.)

The relationship will click into place if he REALLY is “The One”. There’s no point in putting the cart before the horse.

Hey, don’t sweat it if things don’t work out with him. That just means you’re meant for another guy who’s a better fit for you.

Bad Relationship Habit #5: Forgetting who you are

This is a BIG deal to men.

…as long as it’s within REASON.

No matter what anyone tells you (your guy included), we DO NOT want to be the only thing a woman has going for herself.

We want her to have a life of her own – you know, the one she had BEFORE the relationship. 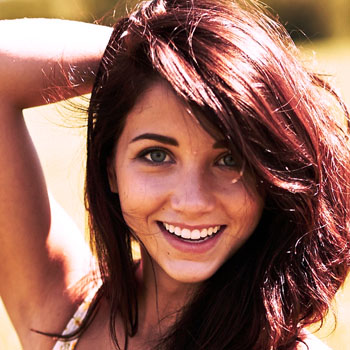 Since we’re being honest here, here’s a little tip: men aren’t going to give up their “me time” for anyone.

So why should you do the same?

That’s NOT being selfish. It’s what ALL well-adjusted people do.

The couples I know who’ve been together since forever are MASTERS at this.

They understand that they can’t spend all their time together. Otherwise, they’ll get that “cabin fever” that sets in ALL relationships.

You know what keeps us coming back to a woman? It’s that you’re your OWN person even when you’re with us.

That’s what fuels the never-ending “pursuit“. It’s the dance that keeps a relationship going for decades.

Love is strange that way, but it works.

So keep being your fiery, passionate and interesting self.

Don’t be so available ALL the time and learn how to turn him down when you need to recharge the ol’ batteries.

Make him wonder what you’re doing from time to time, and he’ll beat a path to your door.

Just make sure you’re REALLY doing something for your personal development (i.e. your career, seeing friends, a hobby), and not waiting by the phone for him to call.

Breaking out of these bad habits is a good foundation for a healthy relationship, but there’s more to be done. To really take control of your happiness and dating life, you’ll need to take it up a few notches. 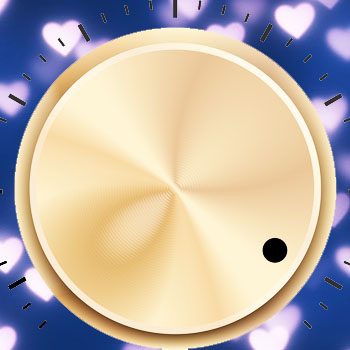 If you can create a special kind of attraction that men secretly crave, he’ll practically be ADDICTED to you.

It boils down to a little known psychological principle that allows you get past his emotional defenses. Guys have their own set of fears in a relationship, so the trick is to get your man to open up.

Once you do this, he won’t think twice of committing himself to you forever.

If you want to get more great dating advice for women, head on over to Carlos’ page.